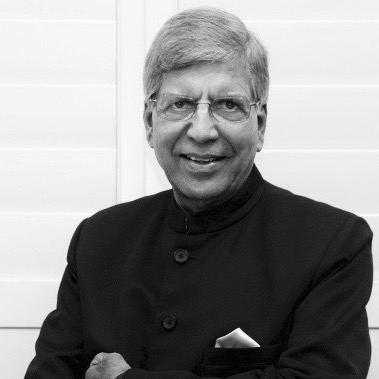 Kailash is a well recognized business and community leader in Silicon Valley, California, USA. Currently, he serves as Adviser and mentor to corporations and not-for-profit organizations. He also serves on the Boards of some business and non-profit organizations. He is a co-founder of The Indus Entrepreneurs (http://www.tie.org/), a prominent global organization of entrepreneurs. He served as the President of TiE Silicon Valley and Vice Chairman of TiE Global from 2001 through 2004. Mr. Joshi co-founded American India Foundation (http://www.aifoundation.org/) in conjunction with a group of Indo-Americans and former President Clinton, and also served as AIF’s first President in 2001. He, along with Mr. Kumar Malavalli launched the Digital Equalizer (DE) program of AIF for the computer education of the underprivileged.

Kailash started his career on the Cornell University faculty and had an accomplished career at IBM that spanned 23 years. He was the General Manager of IBM Lexington, KY (now Lexmark, NYSE: LXK). He was also responsible for IBM’s reentry in to India in 1991, with the formation of TISL. After taking early retirement from IBM, Mr. Joshi moved to and has been engaged with small technology companies in different capacities. He edited the popular book “Essentials of Entrepreneurship”, a John Wiley publication that serves both teachers and students of entrepreneurship in many countries.

Prior to his PHD, Kailash earned his M.S. degree from Washington State University and B.E. degree with distinction from Indian institute of Science, Bangalore