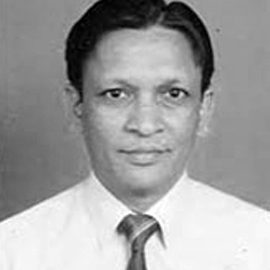 Saha started his career with the R&D Division of the Civil Aviation Dept. and looked after the areas of aircraft evaluation, air-transport economics, air-worthiness and the conceptual issues and noise and vibrations.

He joined the Department of Science & Technology in 1984 and handled programmes related to materials and engineering science. He was deputed to Ministry of welfare in 1988 where has managed the S&T Project in Mission Mode on Application of Technology for the Welfare and Rehabilitation of Handicapped until March 1994. He was also appointed a UN consultant. He also served DST as an Adviser (Scientist ‘G’) and headed, Science and Society division of DST, Good Laboratory Practices (GLP) authority and the Patent Facilitating Centre (PFC) set up by DST at TIFAC.

He has conducted more than 370 patent/IPR awareness workshops in different part of the country, established 20 Patent Information Centres (PICs) in 20 states and published 117 issues of monthly bulletin on IPR since 1995 and many first in the area of IPR in India. Under his guidance PFC has filed more than 700 patents in India and abroad on behalf of academic institutes and other government R&D institute, which included IPR applications (about 300 patent applications) of DRDO.

He also has launched women scientist scheme to give training to these women on IPR especially patent searches and patent drafting at PFC and other institutions handling IPR including attorney firms for one year. This is primarily for bring back to science those women who are having science background and away from science by any reason.